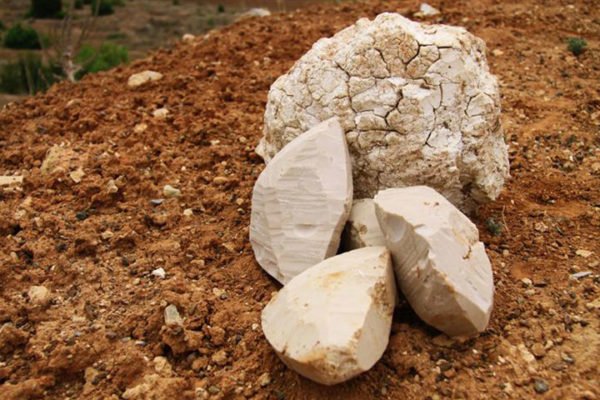 Meerschaum, called ‘sepiolit’ (resembling the bones of squid called ‘sepio’) in the scientific world, is a kind of clay mineral formed as a result of the union of magnesium and hydro silicate. It is found as single pieces at different depths in the ground, reaching as deep as 380 meters in Eskisehir. 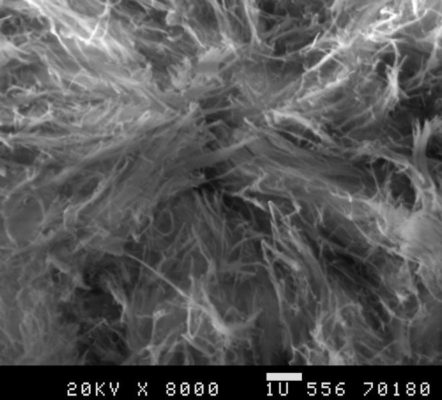 Irregular crystals, bound to each other, form a microscopic spongy structure. Meerschaum is soft and wet when it is mined because of the water (zeolitic water) content in the structure. This structure allows it to be crafted easily and aesthetically. Through a drying process, the pieces gradually become light and resistant and take on a highly absorbent characteristic in relation to liquids and gases. Meerschaum dries without shrinkage, and regains its soft texture when it is immersed in water. 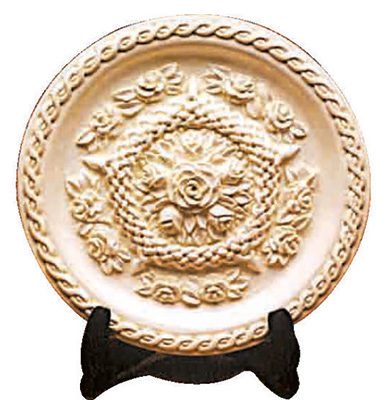 Eskisehir has been an important settlement for at least ten thousand years with its natural affluence and privileges. Legends retold around the world were born within its borders. The discovery of meerschaum is described by a traditional legend, ‘The Mole Legend’ (Köstebek Efsanesi). Despite this, a piece of meerschaum, unearthed from excavations conducted in the Eskisehir-Demircihöyük region under the supervision of Professor Manfred ‘Osman’ Korfmann, proved that meerschaum or similar stone had already been known and had been crafted by people 5000 years ago, during the Early Bronze Age. The floors of the kurgan king tombs in Kuban Valley, dating back 4000  years,were decorated with meerschaum brought from Asia-Minor (Eskişehir).

A sculpted but incomplete ‘meerschaum stamp’ has recently been unearthed in recovery excavations in the Eskisehir Cavlum Necropolis area by representatives of Anadolu University and the Eskisehir Archaeology Museum under the supervision of Assist. Prof. A. Nejat Bilgen. The tomb, in which the stamp was well preserved, probably belonged to an eight-year old girl, and has been dated back 3700 years to the Early Hittite period. 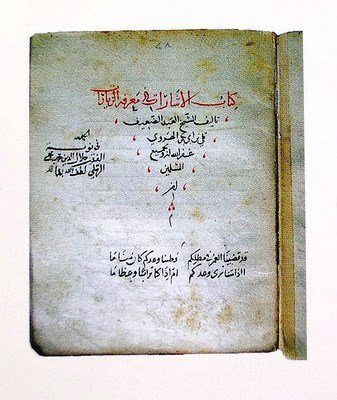 The Earliest Reference to Meerschaum

The earliest reference to meerschaum in written sources is found in a travel book, written in the XII century. When Eskisehir was a frontier ‘principality’ and a trade centre under the domination of the Turks, ‘Al-Haravi’ an Arabic traveller, visited the city in 1173, and wrote about Eskisehir in his travel book. He mentions the healing thermal waters and meerschaum; however, he does not give any information about who used meerschaum or for what purpose. 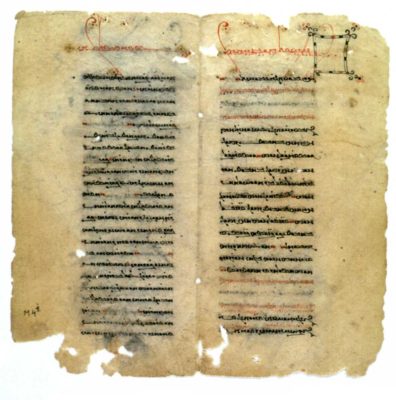 The period, in which Al-Haravi wrote his travel book, covering the thirteenth and fourteenth centuries was the most glorious period of the Uigurs in Central Asia. The texts of thousands of sermons and counsels belonging to their religion, Buddhism, were translated into Uigur Turkish from Sanskrit and printed using wooden block lettering in Turfan, a city on The Silk Road Formulae for medicines prepared with thinly ground meerschaum are given in these texts, called Turfan Texts. We learn one of the uses of meerschaum, formerly only mentioned by Al-Haravi, during this period from these texts. Eskisehir wants to be known as one of the first export centres of Anatolia, thanks to this valuable mineral, from the Caucasus to India and Central Asia for at least 800 years.

The Most Perfect Pipe Material in the World 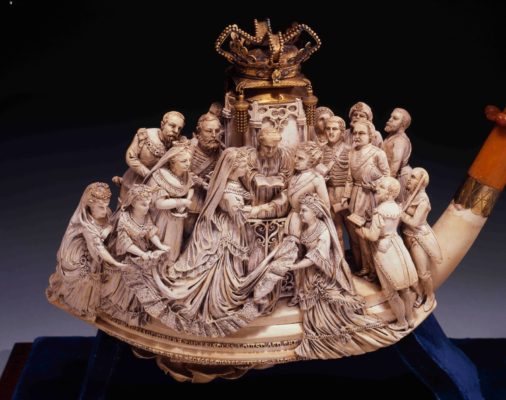 Tobacco, originating from the African continent, spread through Anatolia, Asia and Australia from there. The plant was widely-used by shamans for medicinal purposes. It was carried to the nameless new continent from Northern Asia by the ancestors of Native Americans.

Tobacco was carried back to Europe, in the early XVI century thanks to Christopher Columbus. The rapid growth of tobacco consumption in Portugal and Spain caused a tobacco pipe industry to emerge. As a result of this, research into new pipe material increased. Found only in Eskisehir, with its clean white texture and its ease and lightness of use, meerschaum is the perfect pipe material all around the world. Those who used this precious stone in Europe to make the first pipes came to the Ottoman lands most probably already knowing of its value. Having earned much more than they had hoped, they opened numerous meerschaum pipe workshops in different cities around Europe; in particular, in Vienna. 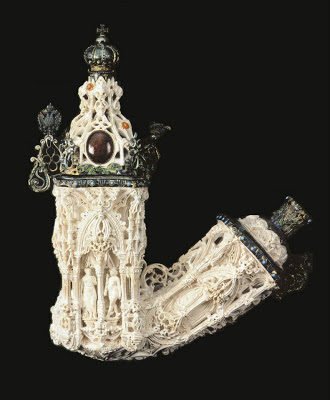 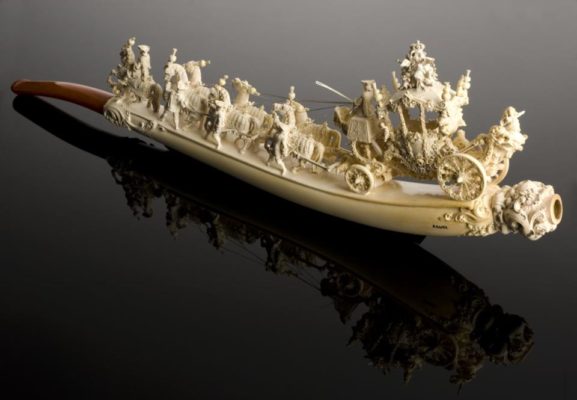 This stone’s original Turkish name, ‘Deniz Köpüğü’, was translated into different languages with the same meaning, such as ‘Halos Hachne’ in Greek, ‘Spuma Maris’ in Latin, ‘Schiuma di Mare’ in Italian and ‘Echume de Mer’ in French. The most common translation, ‘Meerschaum’ however, was prefered and widely used, Another description of the material, ‘Die Weisse Göttin’ (The White Goddess-Aphrodite),is a clear sign of the value placed on meerschaum.

The tobacco smoking habit is known to have spread around Ottoman society since 1600. The use of Eskisehir stone in the production of pipes started during the same period Clay pipes were replaced by meerschaum pipes. Many of the janissaries smoked elegant Turkish tobacco through meerschaum pipes at the gates of Vienna in 1683. However, due to increased demand, the export of raw meerschaum commenced.

A Mine Even the Dust of Which is not Wasted! 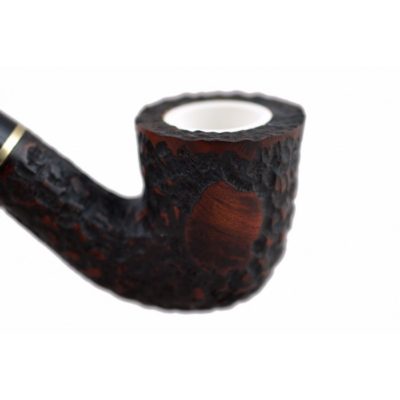 The stone was so valuable that its off cuts were also used as a base in briar pipes. As a result of various research meerschaum was found to be a valuable raw material in the production of 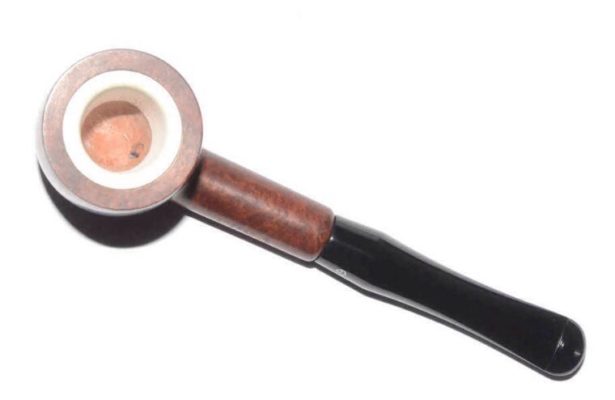 ceramics, paint and paper. However, its use in the space industry is a myth derived from the pipe interest American non-commissioned officer working for NASA who wanted some raw meerschaum from acquaintances in Eskisehir.
Thousands of mine shafts were dug in three main reserve areas around Eskişehir, Nemli Yakaboyu and Karatepe, in order to respond to intensive foreign demand for meerschaum since the eighteenth century. Sometimes, 100 meter-deep wells were manually dug to reach meerschaum in difficult layers formed by limestone.

In a Meerschaum Mine 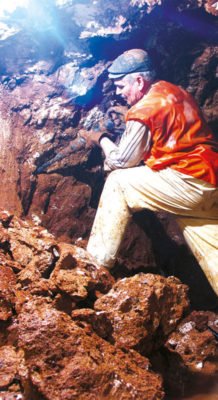 When the meerschaum layers (yolak) are reached, large galleries are opened in accordance with the size of the reserve to extract the stone, All this work is done under candle or carbide light. If the
meerschaum layer is below the water table, puddles that appear need to be continuously drained away.

More than 10,000 workers were brought from other cities for the heavy work involved in the meerschaum mines, where there was no mechanical equipment. This influx of population caused town-size settlements to appear around the meerschaum areas. The workshops, built in the city centre, were places where the meerschaum was prepared and crafted before export. At first, the surface of the stone was cleaned by sculpting with special hammers, and any faulty areas worked. Then the surface of the stone was smoothed, and then dried in clay ovens (tendours). The dried stones were then polished with wax felt and carefully parcelled for export. After lengthy evaluation and numerous applications, legislation concerning the meerschaum trade was completed in the 1970s. As a result of the regulations, the export of meerschaum as a raw stone was prohibited. Consequently, the process of preparation described above became obselete. Today, the mining and operating processes are guite different. Specialised electrical machinery, atmospheric pressure devices and pumping equipment are now used. Meerschaum is mostly cleaned in the mine shafts, thereby reaching craftsmen without losing its natural moisture content. 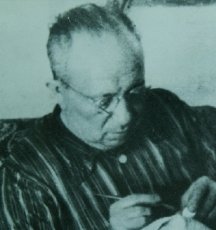 Professional meerschaum pipe manufacture was started after the founding of the Republic. Ali Osman Denizköpüğü(1897-1961) opened a workshop in the city centre and had meerschaum mentioned, together with Eskisehir, at both domestic and international fairs. Besides this, he trained many young meerschaum pipe craftsmen.

Meerschaum was also worn as jewellery by women. Off cuts of meerschaum were made into beads of different sizes in the women’s spare time using hand lathes called ‘kemane’ or ‘çıkrık’ in Turkish and sold as necklaces. Raw meerschaum was an invaluable income source for Eskisehir in the 1800s. Meerschaum-based trade experienced its golden years through pipe production in the century that followed. Many world famous European and American pipe producers competed with each other to cooperate with the pipe producers of Eskisehir. However, the political and economic conflicts of the last two decades of the twentieth century decreased the popularity of meerschaum.
The difficult production of meerschaum requires effort from mine shaft to presentation box. Effort alone is not enough; it requires strong intuition underground various styling in workshops and also requires developing experience, patience, talent and enthusiasm. Meerschaum is delicate but leasing; it can be easily sculpted. However an extra knife stroke may turn all the hard work into nothing. For this reason, the craftsman, who transmits his feelings into the carving becoming a skilled craftsman, can only achieve this with the help of his master.

Meerschaum is the most perfect pipe material in the world, and the most unique and original art and decoration material. It is the only material of value to replace ‘ivory processing’ which is based on hunting and prohibited throughout the world. Having large, and as yet undiscovered, meerschaum reserves underground, Eskişehir is preparing to carry this elegant stone to new heights, as a material for art and culture, in keeping with its character. Now is the time of meerschaum. 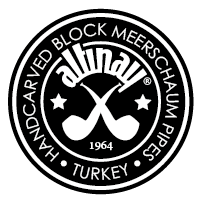